We look forward to seeing you…

August 2011 after Hurricane Irene, Jan was pouring his time & energy into helping his family’s local shop[European Deli Manville,NJ] recover from devastating flooding. At that same time, Brian Teel was dedicated to studying for the CPA exam at his home in Rocky Hill, where flood waters engulfed his backyard. “If we can overcome this, we can persevere through anything” they said. The challenges they both struggled with in the aftermath of the historic storm inspired them to start homebrewing as a fun pastime & experimental hobby.

Using a small stovetop in Brian’s apartment, they began brewing 1 gallon batches of home brew recipes. The two long-time friends quickly found brewing to be a welcome creative outlet as they worked to develop different recipes & variations of their beer. As their friends & family increased their appreciation for hand-crafted brews, so did Jan & Brian’s dreams. Their home brewing system soon evolved into a 2.5 gallon electric brew system, which later grew to a custom-built 15 gallon (.5 barrel) electric brew system.

On June 25, 2015, Jan & Brian decided to make their dream a reality & started down the path to open their brewery.  Much like the aftermath following the storm that inspired their interest in homebrewing, the next four years were filled with detailed planning, back-breaking construction, some unexpected setbacks, & the continual excitement of knowing that their labor would eventually allow their vision to become a reality.

Jersey Cyclone Brewing Company officially opened its doors to the public in May 2019. Co-owners Jan & Brian look forward to sharing their brews with local craft beer enthusiasts for many years to come!

We brew on a 5 barrel brewhouse and utilize 10 barrel fermenters to produce our delicious brews. The brew house is heated by electricity to allow us to fine tune and control our brewing process. Our fermentation temperatures are controlled using a custom designed glycol cooling system which keeps our brews fermenting at perfect temperatures, giving us a very unique flavor profile. 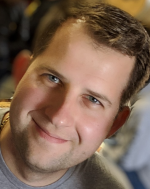 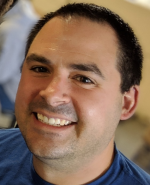